This begs to answer the questions of what this update is and how Snapchat is doing after their update that well, underperformed to say the least.

Snapchat Was on the Rise.

Snapchat has been a successful social media platform for some time now, with daily users continuously rising. The company recently reported a growth of users in the last quarter of 2017 of 5.05%. The company also managed to reduce their cash burn. Revenue was even up, with a DAU (Daily Active Users) growth of 75% year-over-year.

An update of Snapchat was announced in November of 2017. Users were excited; Snapchat is always updating, improving features to make the app more user-friendly. They keep their users loyal by introducing new features of customization and this new update was supposed to benefit.

What did this Update do?

As an active user of Snapchat I am very aware of the features Snapchat has, and how fun it can be to use. The previous version was easy to use.  You could simply see what your friends were up to by swiping right to the explore page, and seeing their stories, or swipe left and to your inbox to see who contacted you.

This update was not something you could really opt out of. I opened up my app one day to find that it had automatically updated. It was interesting, but kind of a step back in accessibility. Stories are now integrated into your inbox. The Discovery page (the place where stories previously were) is now full of advertisements, popular stories from public figures, and news articles. This is an attempt to separate your personal connections and commercial use.

Why are Users so Furious About Snapchat’s Decision?

Many people are upset about stories being mixed with snapchats received. This new feature gives your inbox an incredibly disorganized look.  Many people liked that they could keep their inboxes clean, by deleting past conversations. Your inbox is not only cluttered with conversations, but it is now also full of stories. If multiple friends post stories at different times, the older ones are pushed towards the bottom and out of view.

Most of the relevant conversations you are having on Snapchat will be at the top, eliminating the need to scroll.  As a result of this, views on stories have decreased. This is not only challenging for lesser-known public figures who utilize this app, but also small businesses that use it as a marketing platform. Your followers, friends, and customers are now less-likely to see your stories because it isn’t as convenient. However, commercially based advertising has been moved to the Discover page, so if you are a business with a huge following your advertisements are more likely to be seen.

What are they Doing for the Future? 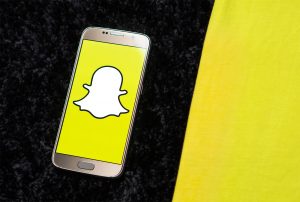 The company took a chance, but they probably won’t be left in the dark, despite having 83% negative App Store reviews, as a result of the update.  It is not clear how this has affected Snapchat’s earnings per share, or income, but when their first quarter financials are released, we will know for sure. The app’s redesign will hit all users by the end of this first quarter.

Due to unsatisfactory reviews, in countries like Canada, the U.K., and Australia, Snapchat has delayed their update. However, publisher stories on the Discover page grew 40%, and metrics for users aged 35 and up have grown. This may prove that their update increased user accessibility in a segment of people that they struggled to tap into. As a result, Snapchat is not doing much to revert their update, instead CEO Evan Spiegel says “…it will take time for our community to get used to the changes.” This update is part of Snapchat’s plan to make the app more customizable for their users, which will be furthered when they release more updates soon.  However, it is unfortunate that this was more a step back rather than forward.