YouTube advertisements are popular in marketing because they have an enormous audience. YouTube has over 1 billion users, they claim as “almost one-third of the internet.” About one billion hours of video are watched every day on YouTube. They even reach “more 18-49 year-olds than any cable network in the US.”

Think about how short videos on YouTube can be. The frequency in which new videos begin is mind-blowing, especially considering their number of users. Companies have been able to capitalize on this frequency by creating contracts, paying to place their advertisements before videos begin. This means that every time someone tunes into their favorite YouTube personalities’ new video, a funny video, music video, etc., there is a possibility for an ad to be seen.

Thousands of companies have placed ads throughout 2017, but the one’s with hefty budgets to support were able to make it to the Top 10 Youtube Ads of 2017.

2. Clash Royale – From the creators of Clash of Clans with 110.7 million views.

They Each had a Strategy

These companies were able to clench top ten because they each took on a different strategy within their ads that enticed viewers.

Mr. Clean, Kia, Apple, and Clash Royale used a bit of humor within their ads. Kia utilized comedian Melissa McCarthy and Apple used The Rock.  They showed the capabilities of their products while adding touches of humor to lighten the tone. Mr. Clean was sexualized in a humorous way to depict how women picture men who clean. Clash Royale is a cartoon/animated game so they had freedom to use people falling while at war, as a tool to draw in consumers.

The companies that took a more wholesome approach to their advertising were Levi’s, Adidas, Anheuser-Busch, and Samsung. Levi’s and Adidas celebrated their diverse customer base by showing multiple groups of people from diverse backgrounds, wearing their products. Anheuser-Busch referenced their own origin by depicting the American Dream of people immigrating to the United States to start a better life and achieve success. Samsung promoted their Service Vans with the slogan “at times one must go further for the sake of relationships” to show that they will take care of their customers no matter how far they are.

Why Were they so Successful? 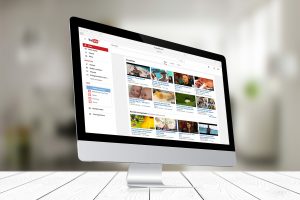 These are large companies with thousands of customers, allowing for heavy advertising budgets. Most of them hired a creative agency and/or a media agency to assist in creating successful ads. They could afford to pay huge sums of money to have their ads prominently placed before popular videos.

However, it is not all about the money.  You do not have to have a multi-million dollar company or be internationally known to have a successful ad. You just have to be creative or hire someone to be creative. An ad with a message is powerful and many of these company’s messages are what caused this success.

What do you think the best strategy is for a successful YouTube ad? Let us know!